What is Kashmir Shaivism Yoga? 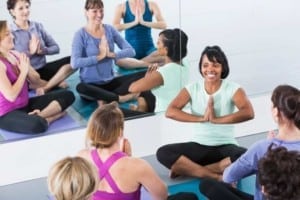 When observing Kashmir Shaivism Yoga, an outsider might say, “The Yoga of Kashmir Shaivism is simply a form of Tantra.” Yet, Tantra Yoga is still a mystery to most of the world. Yet, any person who enters into a system or type of Yoga may not realize the depth of the subject or the methods that are part of the practice, such as: Meditation, mantra, foundational texts, and more.

It is known that Kashmir Shaivism Yoga is 1200 years old and many believe it is an older system. We can trace the origins back as far as the foundational texts, which are the Shiva Sutras, Spanda Karikas, Vijana Bhairava, Pratyabhijnahridayam, and Kulanarva Tantra.

The Shiva Sutra is a collection of 77 aphorisms, which were revealed by Lord Shiva to Sage Vasugupta. The objective is to attain an ultimate state, which is Param Shiva, and this is the nature of Shiva.

It is believed that this text was designed as a commentary for the Shiva Sutra. The exact author is still a subject of speculation. The Spanda Karikas is also a foundational text of Kashmir Shaivism Yoga, which contains a collection of 53 verses. The practitioner develops a state of awareness to perceive spanda (divine vibration).

The translation of this 20-sutra text is: “The Heart of the Doctrine of Recognition” or “The Heart of Recognition.” The Pratyabhijnahridayam was written by Kshemaraj, a disciple of Sage Abhinavagupta . At its core, it teaches us that realization is a work in progress as we learn to remember or recognize or our true nature.

The Kulanarva is a discourse that prepares one for a spiritual quest. Ethics, Yoga, rituals, philosophy, and religion are among the many subjects covered. The complex relationship between Guru and disciple is also explained.

Consciousness Is Everything: The Yoga of Kashmir Shaivism

The Yoga of Kashmir Shaivism: Consciousness is Everything

Dyczkowski, Mark S.G. The Doctrine of Vibration: An Analysis of the Doctrines and Practices of Kashmir Shaivism. Albany, New York: State University of New York Press, 1987.

Singh, Jaideva, ed. and trans. Shivasūtras: The Yoga of Supreme Identity; Text of the Sūtras and the Commentary Vimarshinī of Kshemarāja. Delhi: Motilal Banarsidass, 1979.